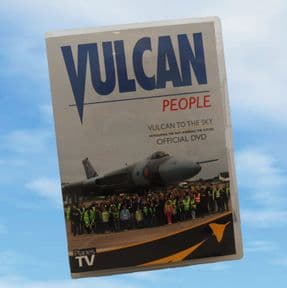 The behind the scenes story of what it took to keep Avro Vulcan XH558 on the display circuit in 2010. With extensive footage of XH558 during the season, it also stars the Air Crew, Ground Crew and the many staff and volunteers it takes to keep this single aircraft airworthy and offering insight into the constant battle to find sufficient funding.

Locations covered in this DVD include:

(Please note this  DVD was originally titled The Peoples Vulcan - 2010)