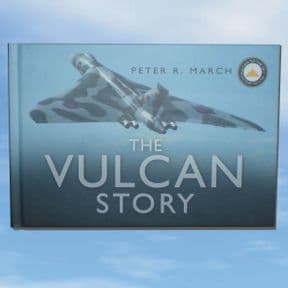 A hard backed book, telling the story of the Vulcan type and the life of XH558 during her display years in the RAF, her retirement and the eventual restoration project. The book closes in 2006, just ahead of the return to flight, when funding was again a major worry as to if the dream would become reality.

The mighty delta-wing Vulcan jet bomber is an enduring image of the Cold War era. A cornerstone of Britain's nuclear deterrent, it was later adapted for conventional bombing and saw its only active service in the Falklands War.